Canada PNP process is the lifeline for those candidates who have been disheartened in the Express Entry proceedings. It is one of the easiest and lucrative ways to get Canada PR status. Certain provinces in Canada are so easy to get into that they even require a very low IELTS score for relocation. Let us look at the Canada Provincial Nominee Program (PNP) in detail.

The Canada provincial nominee program (PNP) is a very popular and acceptable pathway of Canada immigration. As per the Canada immigration Plan, 2020 - 2022, there are 3,90,00 people expected to migrate to Canada in 2022 through the Canada PNP visa option. As the fastest growing economy of the world is Canada. In the country, there is a demand for a lot of skilled workers in Canada in different professions; this pathway has had an active process in recent times. The candidates who fail to meet the eligibility of the express entry program can apply through the provincial nomination program and can migrate to Canada without any hassle.

Canada PR visa holders can avail of the benefits of free education, free healthcare, protection against the law, and the right to settle and work anywhere in the country. Further, after three years of continuous stay in Canada, they can also enjoy the benefits of the Canada Citizenship. These are just the primary benefits there are too many secondary reasons also which have made Canada PR visa as the choice of immigration for most of the candidates.

Canada Provincial Nominee Program (PNP) visa allows the provinces to select the applicants as per the labor market demand and occupation in-demand. The eligibility requirements for every province will be different and, to a large extent, will also depend on the program through which the applicant has applied for relocation. The two core advantages of the selection of migration through PNP are the applicants allotted 600 extra points in the Express Entry program profile. In certain provinces, the processing of the application is swift. Some provinces like Saskatchewan have high-speed processing for occupations that are in dire need of the skilled workforce.

How to Apply for the Canada Provincial Nomination Program (PNP)?

The processing of the application has become easier and simpler than before, thanks to the eased outlaws of migration and also online filing of the PNP application. However, it is always best to undertake the process of under the solicited guidance of a top immigration company only.

The Canada PNP process can be undertaken through two ways –

▶ The requirement of the lowest age of 21 years for Canada PNP visa.
▶ The candidates are assessed as per the point based assessment grid which is different for every province. This is the basic requirement.
▶ The occupation of the applicant should be from the National Occupation Classification (NOC) list Skill type A, B or O. The selection of the occupation from the Occupation in-demand list of the province should be the first step.
▶ The candidate should have the minimum work experience as required by the province so that they meet the Occupational guidelines for the Provincial Nomination Program.
▶ Out of the two official languages – English or French, the applicant should clear the language test in one of the Languages at least – IELTS for English and TEF for French. The language competency is pertinent when one decides to apply.

Since immigration is a legal process, there is a lot of extensive paperwork that is required for migration to Canada through different pathways. Every province will require the candidate to submit the adequate documentation to support their application of migration. Those candidates whose documents are correct their application through a provincial nomination is accepted. The documentation process and required documents can also vary as per the choice of the province as well. 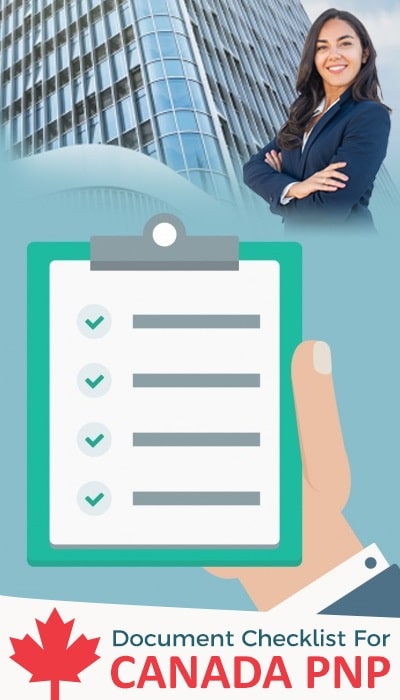 ✔ Declaration from the primary applicant and family members (it should be signed)
✔ Declaration signed by dependents
✔ The work experience letters which will include salary slips and letter of recommendations from previous employers
✔ The educational documents - degrees/ diplomas/ certificates etc.
✔ The educational documents of the spouse
✔ Passport and Visa
✔ Proof of language efficiency through the test score
✔ The Birth certificate or other documents as proof of date of birth, etc.
✔ Police clearance
✔ Medical clearance
✔ Recent passport size photographs
✔ Proof of funds – bank statements, list of assets, etc.
✔ The copy of nomination from the province.

What are the different Canada Provincial Nomination Program categories?

Every province in Canada will have its workforce requirements which relieve labor market demand. Below is a list of Provincial Nomination program options of the candidates and different programs of migration -

Why should you select Signature Visas to help apply for Canada PNP 2023?

Signature Visas offer a list of services that meet the personalized requirements of the clients. We provide consultancy and pre-assessment of the application so that the candidate can evaluate all the options and apply them to the best program as per the needs and credentials. To speak to our experts, call us at +91-9911659888

Also Read: Easiest Province to Get PR in Canada

What is the difference between PNP and Express Entry?

The express entry model of Canada immigration was launched in 2015, and through this pathway, the candidate has the right to live, study, and work anywhere in Canada. However, in the case of the Canada Provincial Nominee Program(PNP), the applicant can stay and work in the province which has selected him for immigration. Ideally, after two years of staying in the area, the applicant is free to move to any other province but fro that a legal procedure needs to be undertaken.

How long does the Canada PNP Process take?

The PNP process for certain provinces like Saskatchewan and Manitoba is very quick and generally takes four to five months. However, in the processing of the application, there are a lot of factors that play a crucial role, like credentials of the applicants and labor market requirement in the province to which the candidate has applied.

How to apply for Canada PNP?

There are two ways to apply for Canada PNP: