British Columbia offers various opportunities to professionals and foreign skilled workers in diverse fields. It is highly recommended destination for immigration under the National Occupational Classification (NOC) skill type A and B categories. The scoring system under British Columbia PNP was introduced in 2016. Under this program the province selects the candidates from the Express Entry Linked Stream as well as allows candidates to apply directly in any immigration streams. It should be noted that candidates should meet job requirements and eligibility criteria in order to get selected under British Columbia PNP.

Meeting the Eligibility with the BC Express Entry Points Calculator 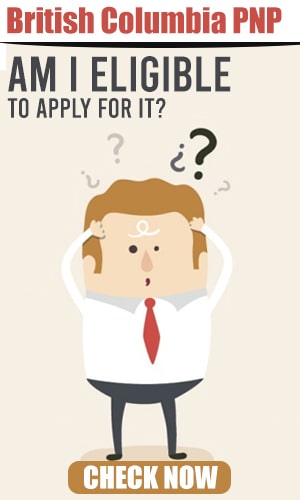 How the selection process of this province works with British Columbia Points Calculator?

The scores of candidates are calculated through the point-based system which is called ‘Skilled Immigration Registration System’ (SIRS). The point system determines the eligibility of candidates seeking work opportunities in British Columbia. Candidates receive score as per his / her credentials. All applications enter in a selection pool and the authorities grant visa or approve applications of candidates who get highest (or maximum) score. The selected or nominated candidates’ applications remain valid for one year in British Columbia (BC) Immigration Points Calculator. Interested candidates are supposed to create a new profile if seeking immigrations under British Columbia PNP after one year. Candidates who are selected for the BC nomination are also eligible to get 600 extra points in Canada Express Entry profile.

What is the process of SIRS?

An applicant should have valid full-time employment from a British Columbia employer when you are applying in the province. There is no need for a job offer of your education is from British Columbia; otherwise, it is a mandatory requirement. After meeting this criterion, the applicant needs to register in SIRS and apply through the BC online portal. The SIRS will assess the abilities of the applicant and allocate the score. The applications that are in the SIRS will be considered for one year only, just like in the case of the express entry pool. The applicant will have to create a new profile after one year.

The British Columbia Points Calculator 2023 is as follows

The Annual wage of BC Job letter

A leading trustworthy immigration consultant, Signature Visas, has been providing assistance to immigration aspirants for many years. The team of experts in Signature Visas offers appropriate and accurate immigration consultancy to clients from different fields. Candidates are guided by our experts, including professionals working in different domains in Canada, during process of immigration. The consultants are known for offering apt information and correct updates on Canada immigration. This British Columbia Immigration Consultant pioneers in providing suitable guidance to candidates as per their profile and credentials.

Signature Visas has been supporting candidates at every step to attain success in interviews for immigration as well as carve bright and secure future in Canada. Call Signature Visas at +91-9911659888.