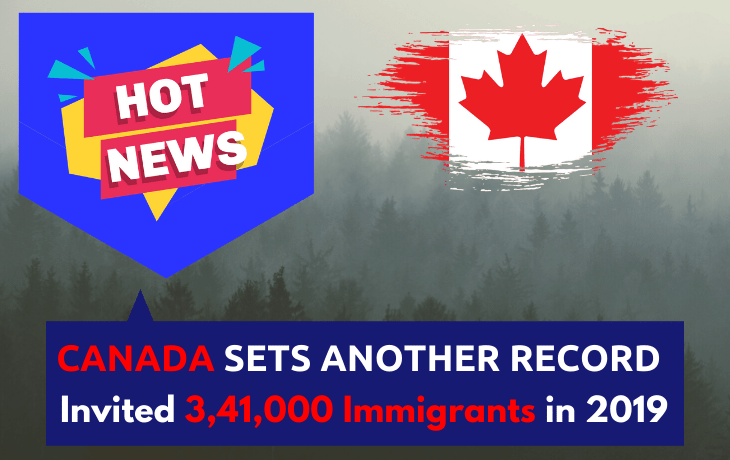 2020 and 2021 will have a high number of immigrants in Canadas as speculated on the previous track record of massive immigrations in 2019.

If there was ever a good time to immigrate to Canada with the PR status, then it is now. The year 2019 served as a testimony to the statement with record-setting immigration of 2019 in which 341000 immigrants invited in the country. It is fifth time in a row that more than 30,00,000 candidates were invited to the country in one year.

Further, there is also a high target set for the year 2020, in which 3,30,800 candidates are expected to immigrate to Canada by the end of 2020 as per the Canada Immigration Level Plan. There is also the plan of inviting 58 percent newcomers under the economic class and 27 percent increase in the family sponsorship also, the remaining 15 percent are expected to be welcomed under the Refugee class only.

In 2019, India emerged as the primary source of new PR status holders in Canada with approximately 86,000 Indians becoming the PR status holder in the country, the second in number was China with around 30,000 immigrants and third in line was the Philippines with 2,70,000.

The table below can provide a picture of Immigrations to Canada in 2019 in a more transparent manner:

Which were the favored provinces of Canada in 2019?

The most favorite destination for settlement among the immigrants was Ontario, with a 45 percent share in the newcomers. It is two percent more than the percentage in 2019. The likeness of Quebec saw a decline with the immigrant's intake set at 20 percent, and British Columbia was number two with 50,000 new immigrants, and Alberta held the third place.

The table below will provide a clear picture of favored provinces in 2019:

Signature Visas is one of the most renowned Immigration Companies. We have helped several aspirants immigrate to Canada with the PR status and helped their dream come true. We offer personalized counseling and IELTS guidance to help have a smooth immigration process. For details, you can contact us at +91-9911659888